The Consell Insular de Menorca and the 40 Nord Outdoor company, organizer of the Camí de Cavalls 360º route and the Epic Camí de Cavalls 360º race, signed an agreement in 2019 to carry out conservation actions on Camí de Cavalls. The agreement was born at the proposal of 40 Nord Outdoor, promoter of the Project for the Conservation of the Camí de Cavalls. The funds collected during 2017 and 2018, and with a total amount of € 17,000, were transferred to the Consell Insular de Menorca, owner of the trail, in order to carry out conservation actions. This amount corresponds to voluntary contributions from participants (€ 9,838) and to the direct contribution made by our company (€ 7,162). 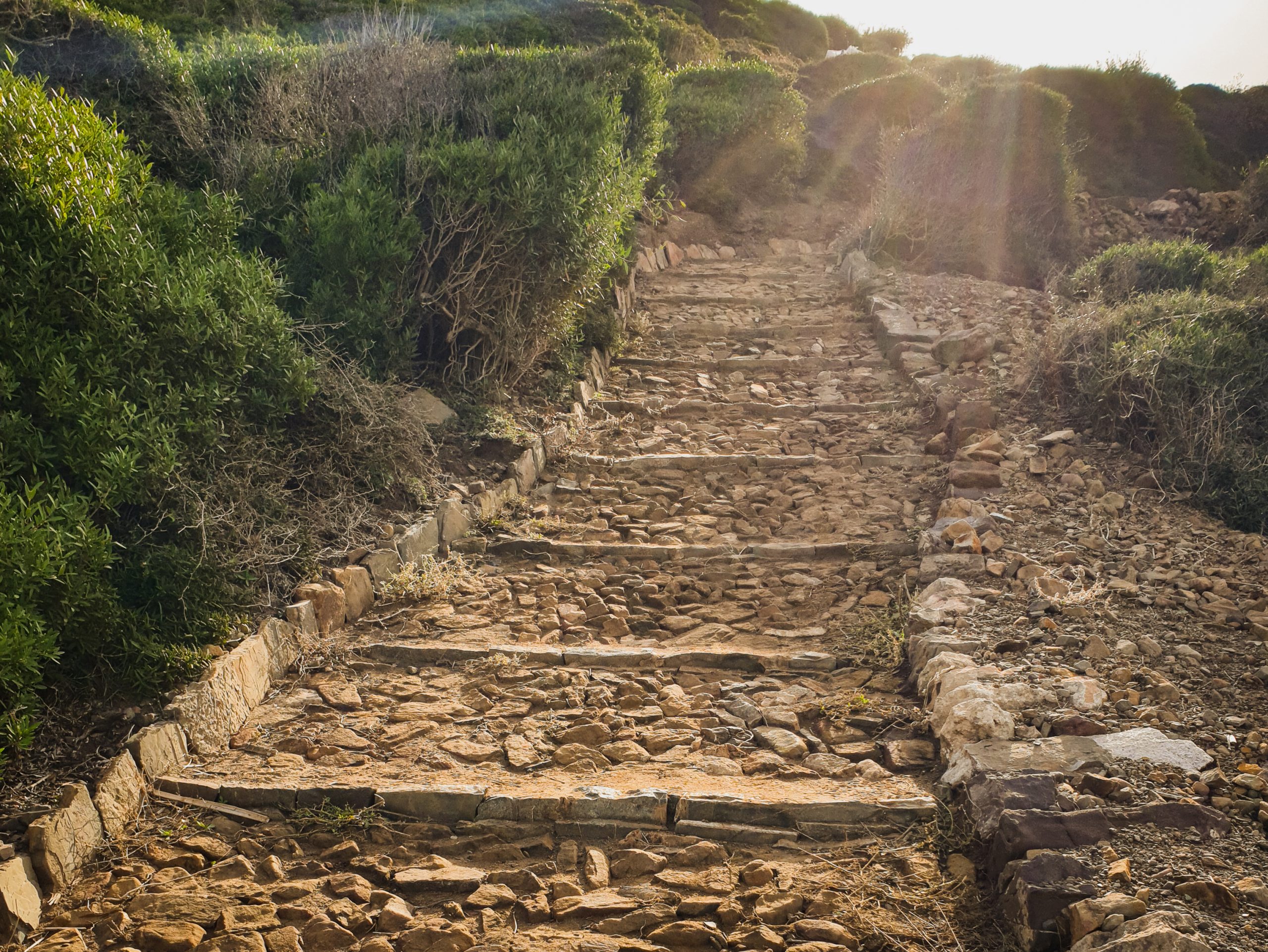 The works have been carried out using traditional dry stone techniques and have reverted the deterioration state in which this section of the trail was.

The result of the work is a sturdy, durable paving that is integrated into the environment. This solution replaces a log system that had proven counterproductive, while adding value to a living heritage asset such as the Camí de Cavalls. The action financed by the contribution of 40 Nord Outdoor is part of a set of similar actions promoted by the Consell Insular, and that are being carried out in the area between Pla de Mar and Es Alocs.

The Project for the Conservation of the Camí de Cavalls of Camí de Cavalls 360º and Epic 360º activities continues to raise funds that will enable further action to be taken in the future. During the 2019-2020 biennium, around € 11,000 was raised, a figure lower than the previous biennium due to the current pandemic context, which has caused a reduction in participants in 40 Nord Outdoor activities.

Thanks to the collaboration between the Consell Insular de Menorca and our company, a dry stone paving has been built between Es Alocs and El Pilar. This paving has replaced a log system that had been counterproductive.

Clara Fullana and Joan Febrer, organizers of Camí de Cavalls 360º, said that they are aware of their responsibility as a local company that promotes and uses a public resource with great symbolic value such as Camí de Cavalls. “We want to make exemplary use of this path to try to influence, to the best of our ability, the appropriate use by individuals and especially other companies and activities. With this initiative we want the Camí de Cavalls 360º activity to be not only respectful with the path, but also to directly improve the environment where it takes place. We do not want to be only users, but we want to be an active part of its maintenance and conservation. The Camí de Cavalls is very old, and with actions like this, we would like Menorcans and visitors to continue enjoying it for many years. The paths are to be used, but like any other way, they need constant maintenance and proper management”. 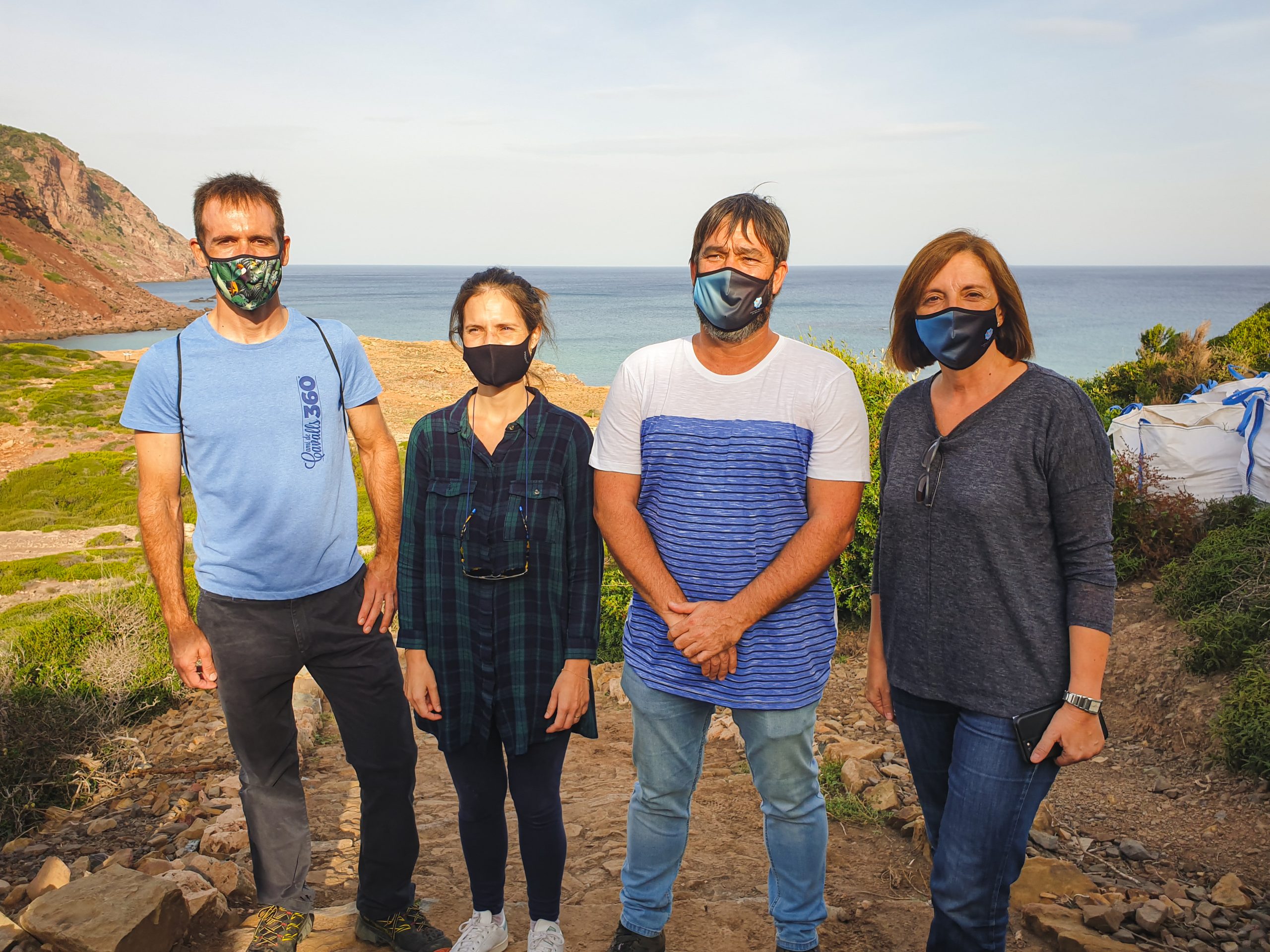 On the other side, the Environment and Biosphere Reserve councilor recalled that, since 2015, work has been done on the maintenance and recovery of the Camí de Cavalls, aware that it is a historical heritage of Menorcans which, in addition, today it is also an element of great attraction for our visitors in spring and autumn. „The Camí de Cavalls is part of our history, our culture and, today, in addition, it is the heritage of all the people of Menorca, thanks to the involvement of so many people, with a very special thanks to the Coordinadora del Camí de Cavalls, that was always there. The Camí de Cavalls 360º conservation project that we present today continues in the line of what was the recovery and defense movement of Camí de Cavalls and that led to Law 13/2000, of December 21, of Camí de Cavalls, which arose from a legislative initiative of the Consell Insular de Menorca, in response to the social claim“.

Finally, the insular director of Sustainable Projects, Isaac Olives, has detailed some of the actions that the Consell Insular have carried out in the Camí de Cavalls, especially in those points that suffered a more serious erosion or that could mean a risk to users. „Since the last mandate we have taken special care in what the maintenance of the Camí de Cavalls represents, with actions in the most eroded sections with solutions that respect the environment and are more durable. We have worked on the Pla de Mar climb and in the ascent section that goes from El Pilar to Es Alocs. It is worth highlighting the difficulty of operating in these areas of difficult access with the transportation of 180 tons of stones from the same type of terrain.

Here you can see the full speeches:

And here is a video of our Project for the Conservation of the Camí de Cavalls: