Countdown to the eighth edition of this unique race that will go around Menorca on November 4, 5 and 6. It is possible to participate on foot or by mountain bike. We discover the details of the route of the three stages of the MountainBike Epic 360º modality.

Camí de Cavalls 360º’s tour around Menorca in three stages of pure mountain biking in a frenetic track, really demanding both at physical and technical levels, only suitable for trained cyclists with good technical skills.

The route is based on the Camí de Cavalls, in addition to other paths that run parallel to it. The stages have an average length of 63 km and 1,080 m of elevation gain. It totalizes 187 km long and 3.228 meters of elevation gain.

The stage starts on the Camí del Pilar and faces the toughest section that can be found on the entire Menorcan coast. The terrain and slopes in the first few kilometers, and especially in the section between Es Alocs and Cala Barril, will become a real challenge for the bikers. They will have to push the bikes in many sections. From Cala Barril the orography softens, although the kind of terrain remains similar when passing through the area of the Binimel·là and Cavalleria beaches.

Everything changes drastically from the Cala Tirant area (km 21). The bikers then pass through a combination of forest tracks, fields and paved sections. A generally undemanding and very fast stretch leads to the residential areas of Son Parc and Arenal d’en Castell.

The route crosses Addaia and skirts the Port of Addaia while approaching the Natural Park of s’Albufera des Grau, where the non-racing section of this stage begins (km 40.2) The landscape of the Mongofra salt pans is already part of it. The route crosses cultivation areas until it reaches the coast again, near the Pou d’en Caldes cove.

Next, a paved section brings the bikers to Favàritx (km 47.3). From there on, different kinds of paths, trails and sandy areas will alternate, all the while passing through several coves such as Arenal d’en Morella or Cala Tortuga, sa Torreta or Tamarells. Es Grau marks the last stretch within the Natural Park, which is left behind at Caleta de Binillautí (km 59.7) where the non-racing section ends.

From the Caleta de Binillautí and up to sa Mesquida, three short but intense climbs await us, mostly on a narrow trail, in an area of low vegetation. To finish the stage, from the Raconada de sa Mesquida Vella, the route enters a restricted access area in the Sant Isidre area and takes the runners to the Maó naval base. We will go around Pinto Island before crossing the finish line, located on one of the docks of the naval base, formerly used by submarines. 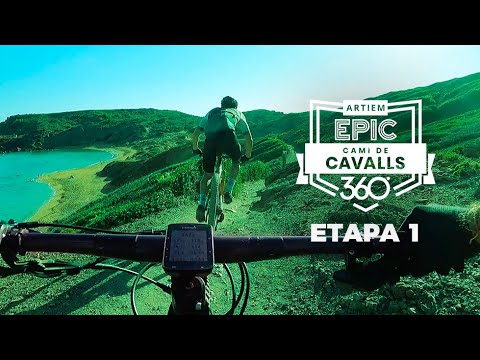 A stage that covers the south of Menorca in all its splendor, with its limestone cliffs, white sand beaches surrounded by pine forests and ravines that give character to its relief. It starts at the Es Castell football field, through a section of fields and a more rocky stretch of coastline before reaching Punta Prima (km 9.0), where the non-racing section of this stage begins. The next almost nine kilometers cross such emblematic urbanizations as Binibèquer and Binissafúller along the seafront.

Near Caló Blanc (km 17.8), the non-racing section ends and  the path leaves the coast behind. It passes through Es Canutells and near Calescoves before reaching Cala en Porter and the second refreshment point (km 29.7). The ravines of Cala en Porter and Llucalari are the forecourt of Son Bou. The route crosses the urbanization, as well as the mouths of the Becs and Son Boter ravines before returning to the coast at Platja de Talis.

From here, the route follows the coastline and crosses iconic beaches such as Sant Tomàs and Binigaus. At the mouth of the Binigaus ravine, the route returns to the inland landscapes, following the Camí de Cavalls through the most interesting forest sections of the entire race.

The race route meets the coast again in Cala Mitjana, about to reach the end. The finish line, after crossing the beach of Cala Galdana, is in front of the ARTIEM Audax, the official hotel of the race. 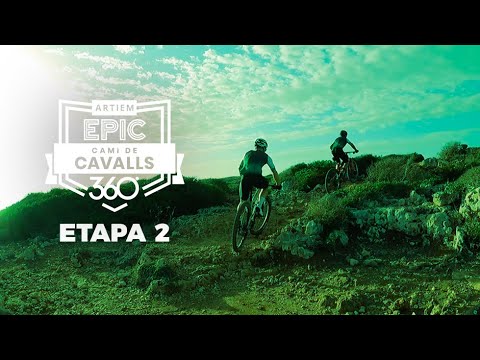 From Ses Fontanelles, however, there is a sudden change in the terrain and the landscape becomes a never ending rocky platform. It is true that this is the flattest area of the island, but the terrain is really hard and technical and forces you to be focused and to use your whole body all the time. It is a much tougher stage than the elevation profile suggests. The low vegetation predominates as Cala Morell (km 13.4), Punta Nati and the iconic Pont d’en Gil are left behind. Next, the race course enters the urban area of the surroundings of Ciutadella, in a non-racing section that begins in Calespiques (km 24.4) and ends in s’Aigua Dolça area (km 40.7).

Bikers will still have to overcome a final climb and a technical descent before approaching Cala Galdana and crossing the finish line, located again in front of the ARTIEM Audax, the official hotel of the race. 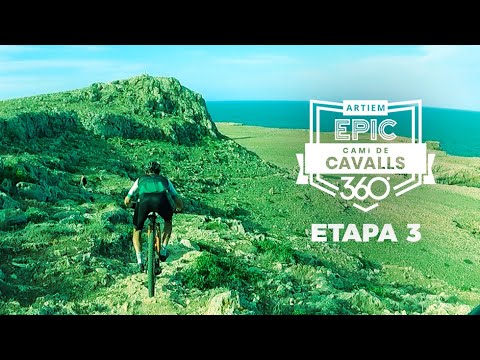